It is with great regret we announce the passing of Jack Holmes on the 27th September 2020 aged 93.

Jack was one of the mainstays of the Boulton Paul Association, and for most of its existence at the old Boulton Paul Aircraft site he was the Chief Engineer of the Association, responsible for the manufacture of the Defiant static replica now at the Battle of Britain Museum, Hawkinge and the Overstrand Nose and Turret replica at Flixton Museum. When the museum had to close he continued to impart his metalworking skills and engineering knowledge to schoolchildren in Wolverhampton.

Jack was a Norwich lad who moved with his family to the general area of Claregate and  Bilbrook in 1936 where his father was a key engineering shops manager for Boulton Paul Aircraft, and had been for the previous Boulton & Paul Aircraft and Experimental Department of Norwich. He was taken on in the Print Room during 1941 until a place could be organised in the works drawing office. At the time the company were delivering Defiant Mk.I and II Night Fighters and TT Mk.I Target Tugs plus developing experimental turret designs. It was in 1943 that he met his wife to be, Florence. He was given an apprenticeship dated 2nd August 1943 which was formally sealed on 16th August 1944 and accepted by the Board on 24th August 1944.

As the war moved onwards, despite being indentured to Boulton Paul as an apprentice, Jack felt a need to serve in the services and joined the RAF in 1945, much to the annoyance of the company. He served with 691 sqn at RAF Chivenor in Devon, operating as a winchman on Miles Martinette target tugs. When he returned he had to re-enter the Training School at an apprentice salary to complete his time. V. J. Johnson did not apply any sanctions for breaking his indentures because he and Jack’s father had been old friends. The last part of his apprenticeship was in the flight shed and this turned his head away from the drawing office into a love of hands-on aircraft fitting. His apprenticeship was closed short on 3rd January 1946, covering 29 months rather than the contracted five years, including his period in the RAF, and noted his completing service in the machine shop and on fuselage, ribs and wing manufacture.

By 1947 he was in the experimental department making parts for the Jet Delta prototypes. He was later tasked to work on the Balliol prototypes and with on-site repairs to the tailwheel mounting of one of the experimental Balliol aircraft, which had taken a hard landing at RAE.  By 1950’s he was in charge of the fitting team which had to introduce the first dog-tooth leading edge on to a set of Supermarine Swift Wings. He was also involved in building the first of the Canberra B.I.8, 20mm cannon gun packs and tasked with learning as much as possible of the Redux process, a new method of bonding metal panels together.

He applied to take over a new department within the company in 1953, a dedicated X-Ray facility for inspecting components and looking for internal defects. It was as an apprentice myself in around 1970 that I first met Jack when he had small groups into the department and explained the X-Ray method for the inspection of undercarriage legs and Concorde pipework assemblies for defects.

Jack left the company in 1984 when the decision was made to close the Department and move the X-Ray work to Dowty Cheltenham, leaving Jack and his staff redundant. A small job in a leather shop in Wolverhampton sustained his family until he retired aged 72. He joined the BP Association (then called the BP Society) in 1991, as it was formed, voting for an improvement of its rules and regulations as the BP Association and supporting that Association and its aims for the rest of his life.

His knowledge, friendship, and wit will be sorely missed.

It is with great regret that we have to report the tragic loss of member Vaughn Meers on the 12th July 2016 to a blood clot on the brain. Aged 65, one was constantly reminded of a whirling dervish with all the things he managed to fit into his non-stop life. Vaughn’s enthusiasm for all things wheeled, flying or military in arms, was matched only by his enormous circle of contacts and his copious collection of relics. 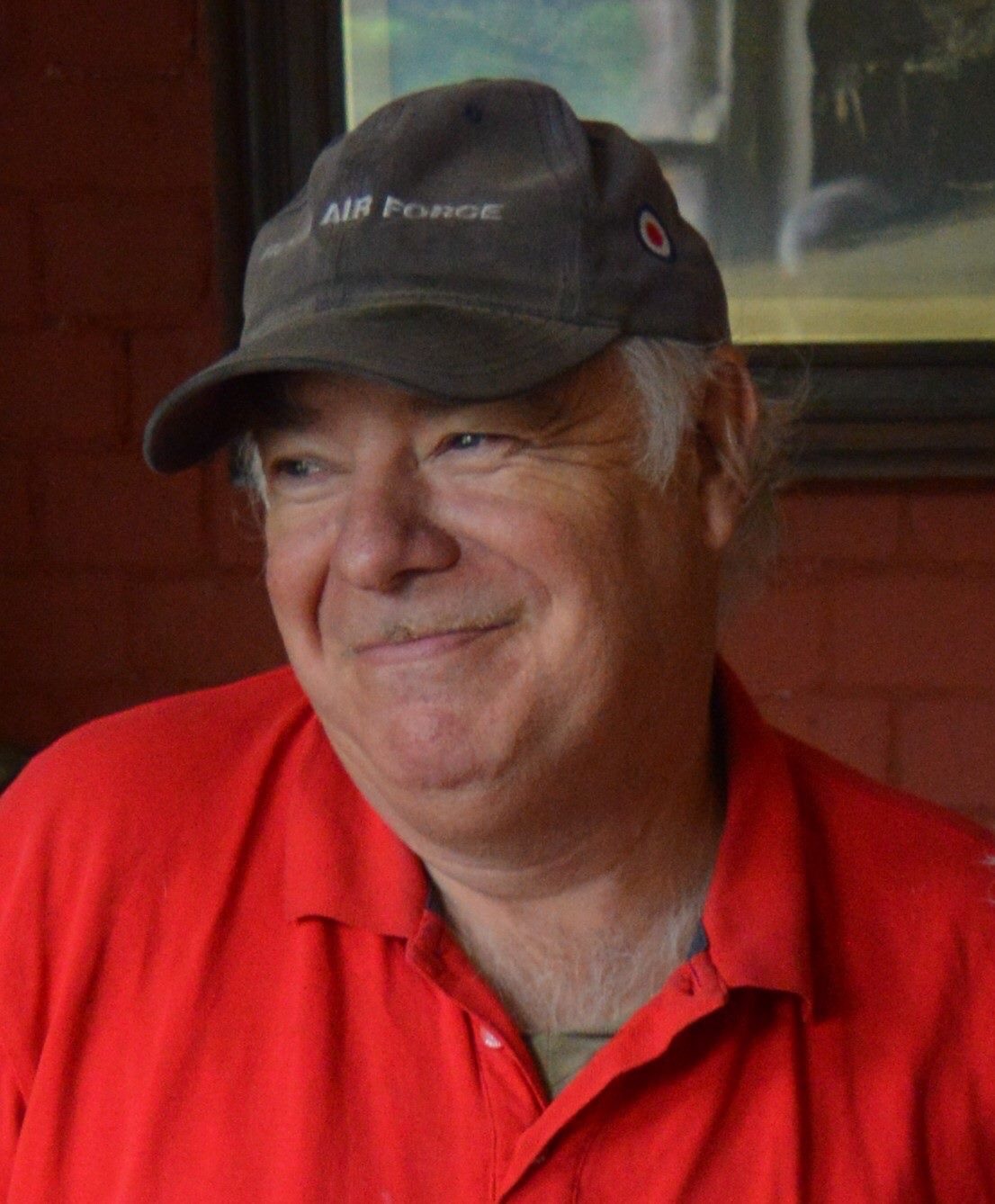 A penchant for organisation by any means, beg, borrow or cajole, he was a considerable assist to the Boulton Paul Heritage Centre during their many open days. Those same organisational skills he utilised in his own ‘Wings & Wheels’ events for charity, particularly in the support of the Tettenhall Heritage Centre – with whom he was heavily involved. Vaughn was solidly set in his opinions, which remained virtually unchangeable once decided, with a never give up attitude and, in his own words, “a hide like a rhinoceros”. This bounce back undefeated mind-set made him both friends and foes over the years but he was guaranteed to stand firm on his thoughts. Whichever camp, you may have been in, his presence will be sorely missed by all who knew him; his passing undeniably much too soon.

On the 25th July 2015, members of the Boulton Paul Association joined with the Bridgnorth Civic Society, the Bridgnorth Mayor and Mayoress and specially invited guests to attend the unveiling of a Blue Plaque on the former Bridgnorth home of  aviation pioneer John Dudley North CBE, former Managing Director and Chief Engineer of Boulton Paul Aircraft Ltd.

John Dudley North was born in January 1893 and educated at Bedford School, following the death of his father, he was unable to attend University and instead took up an apprenticeship within marine engineering. His obvious interest in aeronautics and man’s desire to fly led to him transferring to an aeronautical apprenticeship at Hendon under Horatio Barber, he then headed to the factory of Claude Graham White. He rose rapidly to become Chief Designer and Chief Engineer. Following time at Austin, he moved to Boulton & Paul at Norwich to set up the Aeronautical Department. He then formed a consortium to buy the division when it was sold in 1934.

In 1936 the renamed Boulton Paul Aircraft Ltd moved to Pendeford, Wolverhampton and North took up residence at Eversley House, Bridgnorth. He lived there until his death in January 1968, remaining a crucial and integral part of BPA and the aviation industry thoughout this time.

The Mayor spoke of North’s work as a lifetime advocate of improved air safety and his dedication to improvements in aircraft design before unveiling the plaque and then posed for photographs with the Boulton Paul Association members (Left to Right in the image above), Jack Holmes (Chief Engineer), Les Whitehouse (Archivist), Joyce Dunworth (widow of former BPA test pilot, Geoff Dunworth) and Cyril Plimmer (Chairman). An archive display of North’s life (collated by Association Archivist Les Whitehouse) was presented alongside light refreshments from the current owners of Eversley, Mr and Mrs John Murphy.

The Association would like to thank the Bridgnorth Civic Society, the Mayor of Bridgnorth; Cllr David Cooper and Mr and Mrs John Murphy for their efforts to get North’s contribution to aviation recognised and the unveiling and refreshments on the day.

The Boulton Paul Defiant has been in the news more than normal in the last three years with the refurbishment of serial N1671 in 307 squadron guise as EW-D by the Medway Aircraft Preservation Society on behalf of the RAF Museum. Then more recently the problems of finding a home for the Boulton Paul Association’s own replica, currently stored by the RAF Museum on behalf of the Association. Classed as a full size model (FSM), this replica is wood clad with Alloy and fabric skinning.

Finished as L7005, 264 squadron PS-B, this replica represents the aircraft last flown by Flt Sgt E. R. “Ted” Thorne and Sgt F. J. “Fred” Barker on 26th August over Herne Bay. Following the combat with Dornier Do17Z bombers and their escorting Bf109 fighters, L7005 was crash landed and wrecked, while one of the bombers attacked by the squadron went on to ditch on the Goodwin Sands, subsequently being the subject of a the recent raising for preservation by the RAF Museum.

The Association is pleased to announce this week that it has completed the deal to preserve the replica L7005 by donating it to the Battle of Britain Museum at Hawkinge in Kent. It only remains to arrange a specific date for the replica to be moved from RAFM Cosford deep store to its new home.

Also this week saw the transport of other Boulton Paul Association’s artifacts into permanent preservation. The Boulton & Paul P.6 replica; Boulton & Paul P.75 Overstrand replica nose; Gnat ground trainer nose and the nose of a two seat Hunter (finished as the sole Hunter Mk 12, the “Green Hunter” used for extensive Boulton Paul Aircraft “fly-by-wire” flight control tests) have been transported to their new home at the Flixton Aviation Museum in Norfolk – a fitting location for the Boulton & Paul machines, the originals of which were manufactured in Norwich and assembled at Mousehold Heath Aerodrome, on its outskirts.

For modellers this was also a “red letter” week as Airfix made good on its announcement of the release of a new Defiant kit in 1/72nd scale at the International Plastic Modellers Society annual international event at the Telford Exhibition Centre last November. The new kit series is finally released to the public this week.

Anyone involved with building plastic kits will remember the original Airfix Defiant, bagged and sold when this writer was but a child, and available in “Woolworths”. The kit suffered from some serious shape inaccuracies based upon poor source drawings and the then Airfix perchant for raised rivets. As one employee put it to me years ago the standard design brief at the time was “-and we must have lots of rivets, the kids love rivets…..” With those sort of problems this model kit has long been ripe for improvement, including a complete nose re-graft, done by many of us over the years.

Nevertheless the model industry has moved on by leaps and bounds since those days and the new Defiant kit pays homage not only to the famous airframe but also to the latest techniques. The new kit used laser scanning techniques on the full size original, three dimensional CAD drawings and extensive research in addition to cross-referencing back to the original surviving drawings, photographs and maintenance manuals. The Association is proud to have been associated with the research involved in its creation via its archivist.

The top of the range is a “dogfight double” with glue and paints, covering the previously mentioned L7005, PS-B and Do17 5K+AR, the machine which has recently been raised and preserved by the RAF Museum. The basic Defiant kit on its own features PS-U L7013 of 264 squadron in the Battle of Britain (which survived the battle) and DZ-Z N3328 of 151 squadron (with sharkmouth), an aircraft frequently flown by ace Sgt Henry Bodien and his gunner Sgt D. E. O. Jonas . A third kit, defined as a starter kit (because it is supplied also with glue and paint) features N3333 YD-B 255 sqn when it was first being worked up in day fighter scheme.